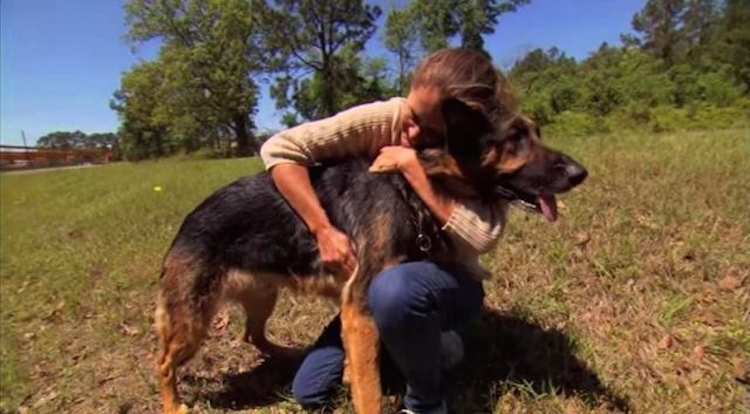 Back in 2007, a stray dog saved a south Georgia woman after she lost control of her car and crashed down the embankment of a rural road.

Thirty-six-year-old Shannon Lorio was driving through a remote, heavily wooded area when she lost control on a curve. The vehicle careened backwards off the road, throwing her through the rear window and onto the trunk. Sprawled, cut and bleeding she was well hidden from any passers by that might be travelling along the quiet road above.

In an interview with the Washington Post, Lorio described how the German Shepherd emerged from the woods and came to her rescue.

“I was bleeding from my face and my nose,” she said. “All of a sudden, I felt a presence, a really huge presence. He was straddling me. I have watched too many horror movies about werewolves and vampires. I thought he was going to eat me.”

Instead the dog began to lick her face.

Lorio said the dog then pulled her by her collar off the trunk and dragged her about 50 yards through briars to the edge of the road. The dog also let her lean against him so that she could be seen by passing motorists and flag one down. 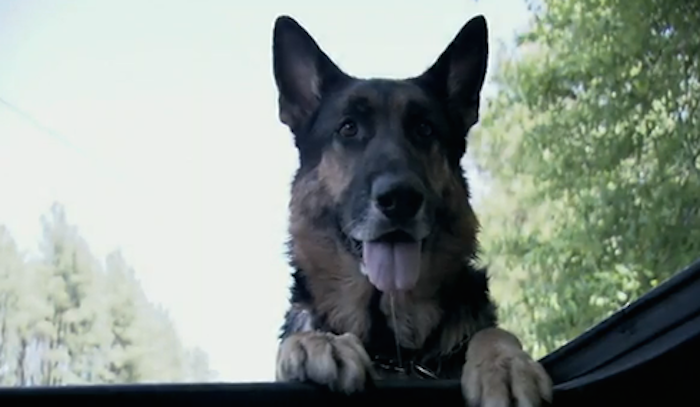 In the hospital the doctor told her that the accident had caused a brain haemorrhage but would not need to undergo surgery. “If (the dog) hadn’t (saved me)…I probably wouldn’t be here today,” Shannon said.

The stray was aptly named ‘Hero’ after his actions to save the woman.

Hero’s previous owners were actually found after the accident, however they signed him over to the Thomasville-Thomas County Humane Society, because he kept wandering off.

Officials at the society, (that run the local animal shelter) were so impressed with the dog’s behavior that they arranged to have him evaluated for search and rescue work. 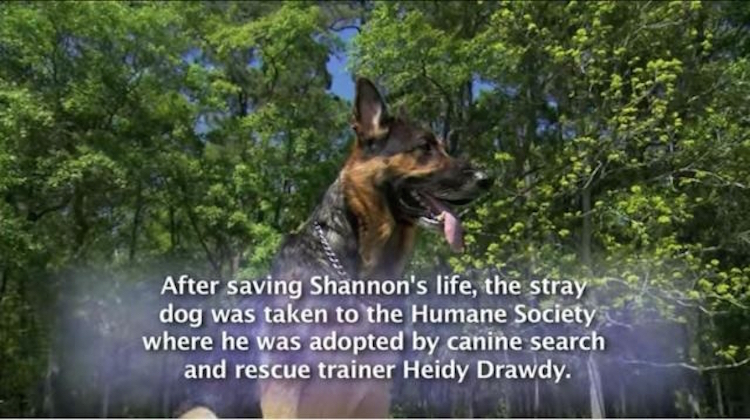 “That dog is always going to have a special place in my heart,” Lorio said after a tearful reunion with the dog. “He’s my hero.”

Lorio also said “If he ever needs anything, I’ll be there.” Unfortunately she was unable to adopt Hero because she already had six dogs at the time.

However, Hero later found a wonderful home with canine search and rescue trainer Heidy Drawdy, where he was able to go to save other people in need we are sure.