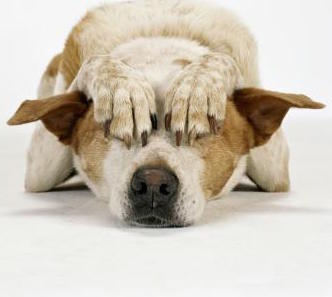 Understanding your dog’s body language can transform the relationship you have with them, and bring you even closer.

Dogs are able to communicate their emotional state and their intentions. Sounds are one way that they do this; however the information they convey through body language is far greater.

Facial expressions and body postures are key signifiers, and if as owners we can tap into what these mean, it can only bring about a happier dog and a closer friendship.

There are all manner of behavioural signs that your dog can give you to communicate their emotional state.

In this post I have created a visual guide as to the 8 most important messages your dog will send you.

1. Signs of a Relaxed and Approachable Dog 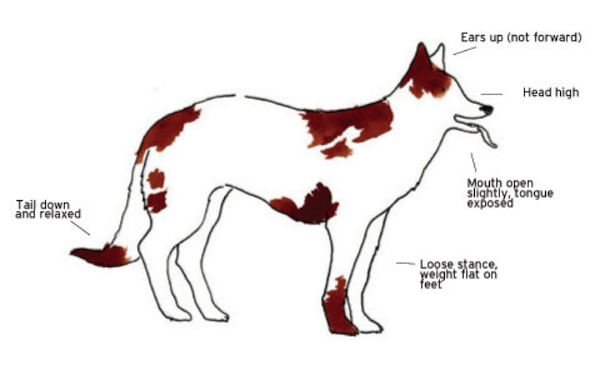 A relaxed dog will generally be approachable. A dog in this state feels unthreatened by their surroundings, and is unfazed by activities that may be going on around them.

Tell tales signs of a relaxed dog are the following: 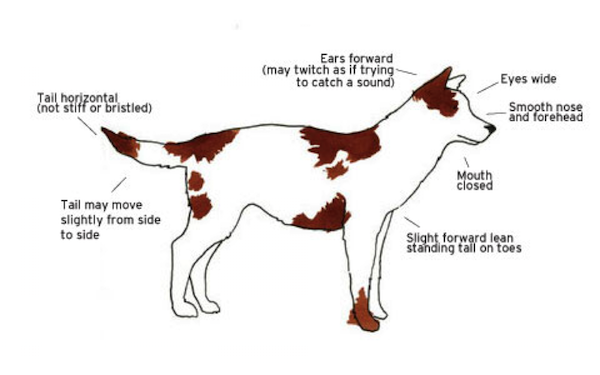 If your dog has detected something of interest, the signals that they communicate will show that they are alert and paying attention. This is a natural reaction as your dog is assessing the situation to determine if there is any threat or if any action should be taken.

Signs that your dog is in an alert mode include: 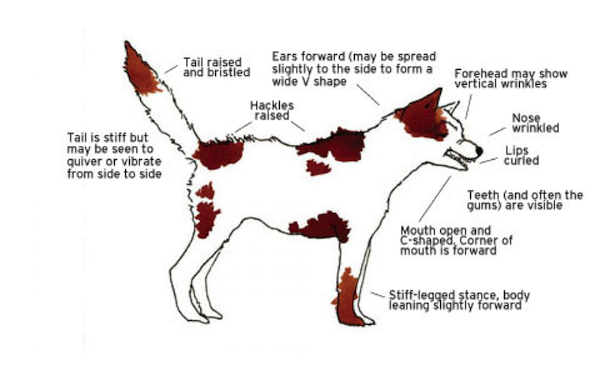 The above is an example of a dog when it is feeling dominant and confident. Here he is not only expressing his social dominance, but is also threatening that he will act aggressively if he is challenged.

Tell tale signs of a dog feeling dominant and aggressive are:

4. Signs of A Fearful and Aggressive Dog 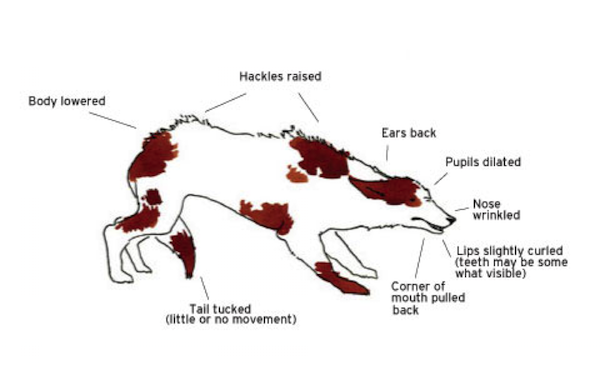 The dog above is frightened, however he is not acting submissive and could attack if provoked. A dog will often give the following signals when they in direct line with the threat.

5. Signs of a Stressed Dog 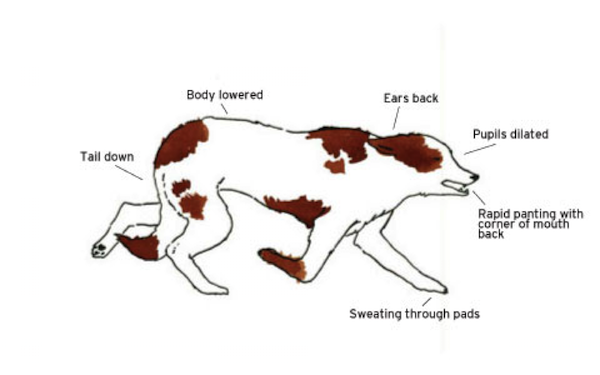 This dog is under either social or environmental stress. These signals, however, are a general “broadcast” of his state of mind and are not being specifically addressed to any other individual.

Body language will include:

6. Signs of a Fearful and Worried Dog 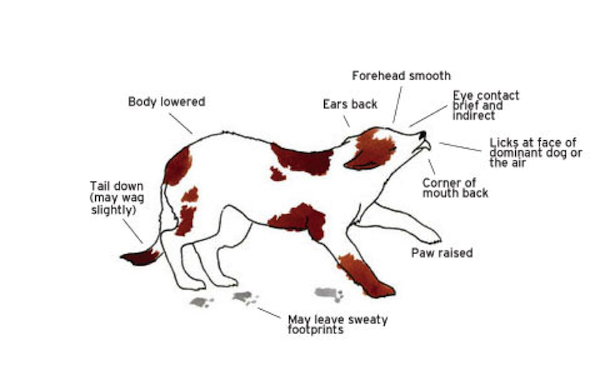 A dog in this state will show signals designed to pacify the treat that they are being exposed to. The aim is to avoid any further challenges and prevent conflict.

Signs of a fearful and worried dog include: 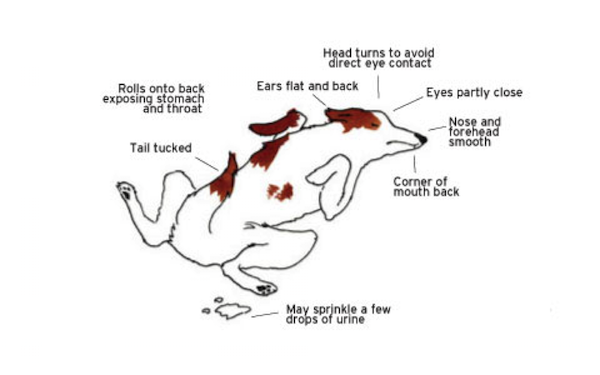 The dog above is showing signs of total surrender and submission.

He has demonstrated that he accepts his lower social status and is in fact grovelling before the pack leader or threatening individual in an attempt to prevent physical confrontation.

Signs of a dog in extreme fear include: 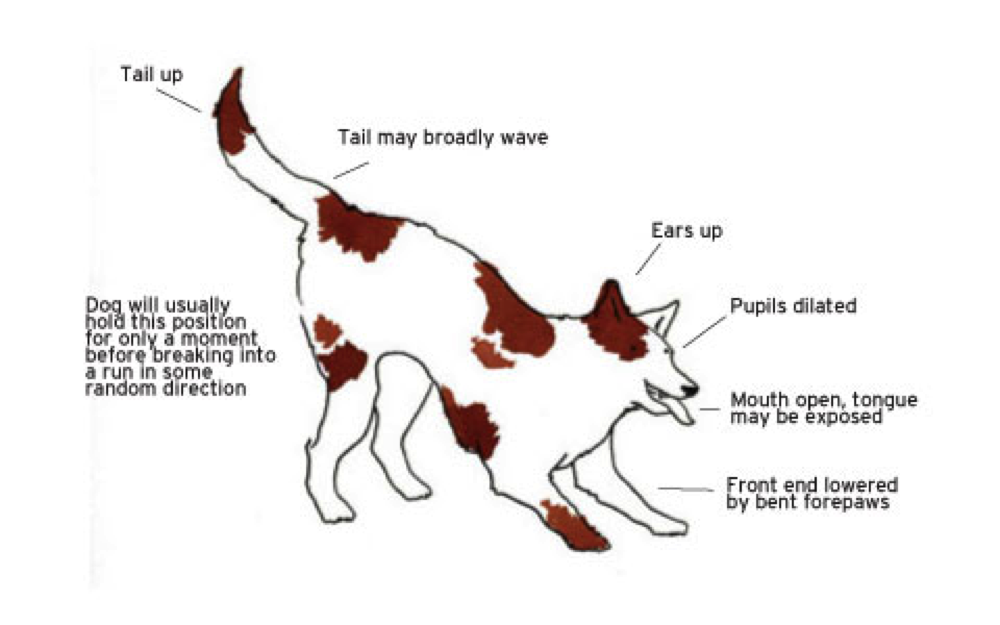 Here we have a dog that wants to play. We have all seen this, and thankfully it is the common behaviour state for most dogs.

A playful dog may also give off excited barks or playful attacks and retreats.