Some of America’s Favourite Canine Actors 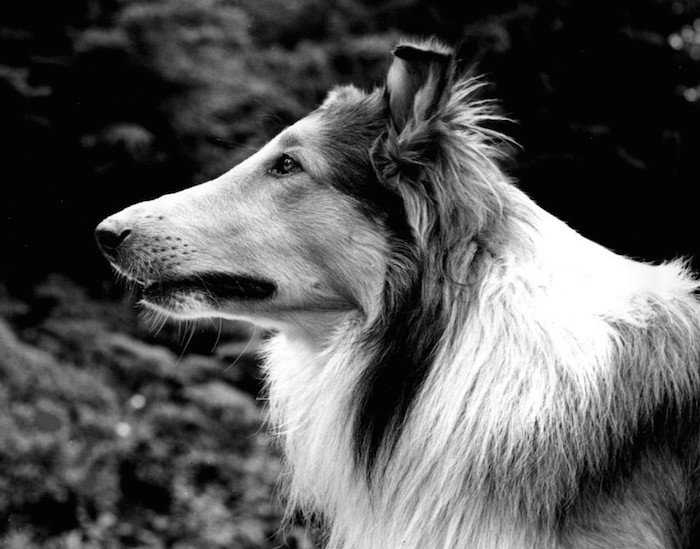 Since the early days of cinema we have enjoyed watching dogs on the silver screen. For the famous few, the pay checks were huge.

With the advent of television we could watch our favourite dogs on a weekly basis. The nation tuned in to watch Lassie or Benji save the day.

Behind these lovable characters, were real life dogs and their trainers. Here we take a closer look at some of America’s most successful canine actors, many of which were as popular as the human stars of their day.

Lassie need no introduction. In my opinion she is the most famous dog in this list, resonating with many a childhood memory in front of the television.

Between 1943 and 1951, the fictional collie, Lassie, was the star of seven MGM feature films.

However, if MGM had their way, the Lassie franchise would have ended there and the world would not have enjoyed the long running TV show.

With completion of the seventh film in 1951, the studio did not want to produce any more films, thus bringing an end to the Lassie character and unemployment for Pal, the male dog actor that played her.

Here the story takes an interesting turn, providing an unprecedented windfall for Pal and her trainer Rudd Weatherwax.

In lieu of $40,000 back pay owed to him by MGM, Weatherwax took all rights to the Lassie trademark and name.

A later meeting with producer Robert Maxwell saw Weatherwax sold on the concept of a Lassie television series. The rest as they say, is history.

The show eventually ran for an incredible 19 seasons and a total of 571 shows, (earning a lot more than that initial $40,000 Weatherwax was owed.) 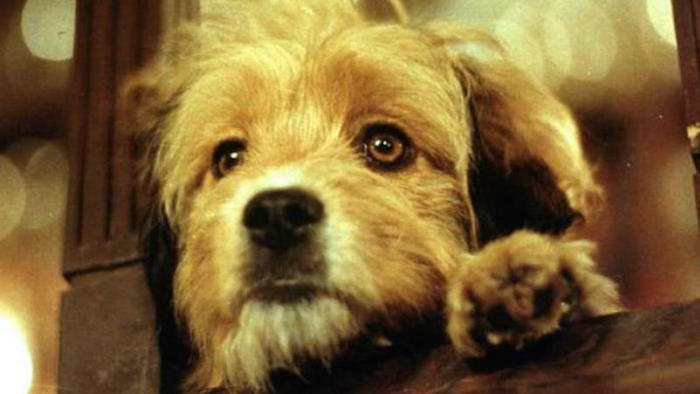 Where Lassie’s popularity started to wain, Benji’s began to take off – making him one of the most popular TV dogs to beam into living rooms throughout the 1960’s.

The dog behind the character was Higgins, a mixed breed canine, marked like a Border Terrier.

He was found as a puppy by animal trainer Frank Inn at the Burbank Animal Shelter in California.
Inn trained many animals for show business, so Higgin’s destiny was pretty much set from the very beginning.

In a TV career that spanned 14 years, Higgins had a regular role in shows such as the Beverly Hillbillies, Petticoat Junction, and Green Acres.

And of course, as the star of the much loved Benji series.

Inn once said in an interview that Higgins was the smartest dog he had ever worked with. He would learn one new trick or routine per week and retained these routines from year to year, making it possible for him to take on increasingly varied and complex roles.

So close was the trainer to his dog, that when Inn died in 2002 the ashes of his beloved pooch were buried with him. 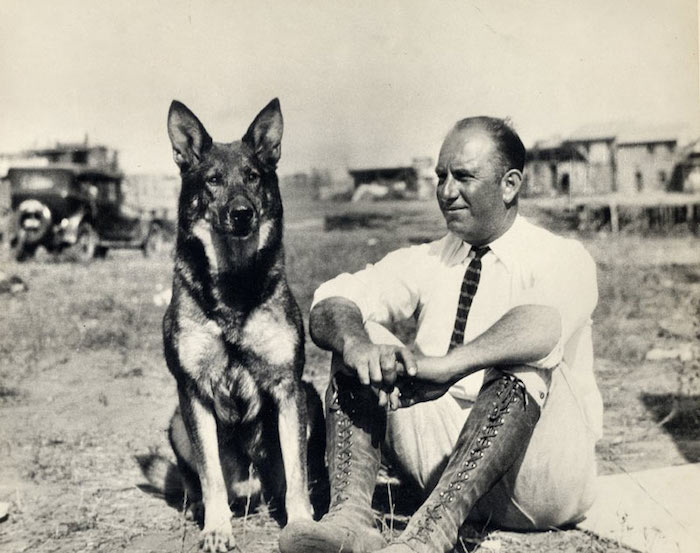 Rin Tin Tin was the Godfather of Canine acting. He was certainly the most famous dog of the era, and ended up staring in 27 movies for Warner Brothers Studios throughout the 1920’s and 30’s. It is said that the success of his films helped keep Warner from bankruptcy at the time.

Rin Tin Tin was only five days old when he was found by U.S. serviceman Lee Duncan in September 1918 in France near the end of World War I. The German Shepherd was given the name Rinty in honor of a puppet that was a favorite of French children.

On returning to America, Duncan trained Rinty (hyphenated as Rin-Tin-Tin) and managed to obtain some silent film work for the dog. Before long the larger studios came knocking, with Warner signing Rin Tin Tin to an initial contract of 5 feature films.

At the height of his success, Rin Tin Tin was receiving a total of $6,000 per week. If you compared that to a salary today, it would equate to over $78,000 each and every week.

This much loved movie icon was even rumoured to have received the most votes for the best actor award from the Academy Awards in 1929. However the Academy considered it inappropriate to award the top award to a dog. 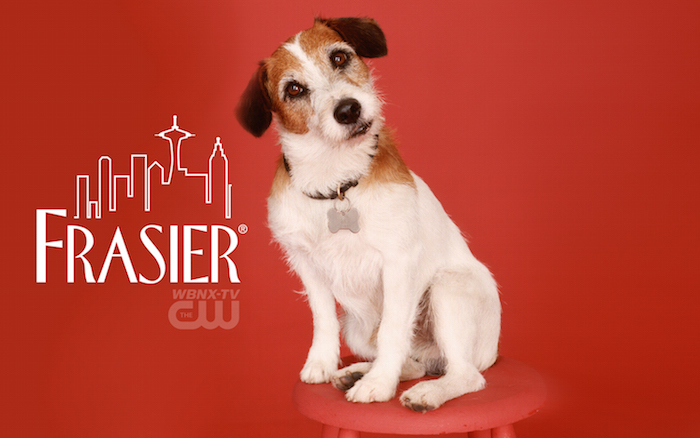 Moose as Eddie in Frasier received $10,000 per episode

While Eddie, (or Moose as the dog actor that played him was called) might not be as well known as the other characters in this list, his appearance in the long running Cheers spin off, make him one of the most generously paid.

Frasier was a phenomenal success. As one of NBC’s top shows it ran for 11 seasons, with Moose appearing in the majority of the episodes.

Very often it would only be a quick shot, the dog jumping onto the lap of actor John Mahoney for a cuddle, or to fix Kelsey Grammar with a deadpan stare. The dog’s ability for the latter being what scored him the gig in the first place.

For his troubles, Moose would command $10,000 per episode. Not bad for a days work.

When he started getting older, Moose’s son, Enzo, took over the role.

Moose eventually passed away in 2006 at the ripe old doggie age of 15. 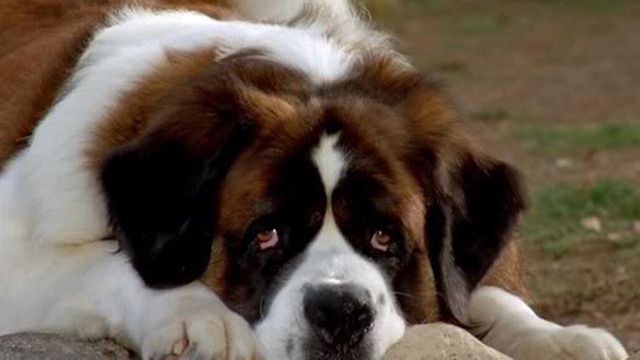 Love or loathe the films, there is no denying the success of the Beethoven franchise.

The first in the series was penned by non other than John Hughes, (under the rather exotic pseudonym Edmond Dantes).

However, this did not inject the film with any discernible narrative.

The movies were generally about the wacky misadventures of a Saint Bernard dog, and his ability to piss off his owner, (played by Charles Grodin in the first two films).

Audiences evidently lapped it up. The first Beethoven movie grossed $147 million worldwide, making it the highest grossing dog movie ever.

Beethoven’s 2nd? $118 million. The two films were so successful that they spawned 5 straight-to-video sequel hits.

As a number of Saint Bernards were used throughout the filming of the series, no one canine actor grabs the limelight here. However, for sheer success in purely fiscal terms the Beethoven character proves hard to beat.

Although, we have just been looking at real life, running and jumping canine actors, as far as canine characters go there are plenty more ‘hand drawn’ creations that have reached celebrity status.

Paw Digs have put together (with Killer Infographics) a rather fun infographic that takes a look at some of the most successful dogs, cartoon or otherwise.