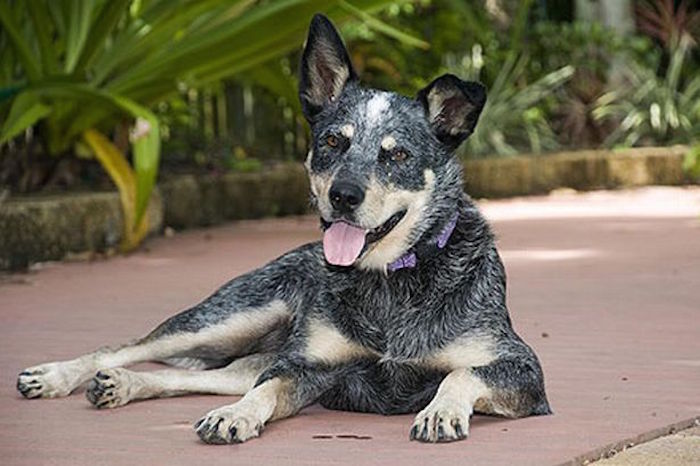 In November 2008, an Australian cattle dog called Sophie Tucker, (named after the famous 20th century vaudeville star), fell overboard in bad weather while sailing with her owners off the coast of Queensland, Australia.

Her owners, Jane and Dave Griffith were on a sailing holiday in the Whitsundays. A storm had set in while they were at sea, and the couple were busy battling with the vessel when the incident occurred.

“We hit a rough patch and when we turned around the dog was gone,” Mrs Griffith said.

“We were able to back track to look for her, but because it was a grey day, we just couldn’t find her and we searched for well over an hour.”

Sophie’s owners were convinced there was no way she could have survived the rough waters of the ocean that day.

“We thought that once she had hit the water she would have been gone because the wake from the boat was so big.”

However, the couple had underestimated the survival instincts of their cattle dog by a long margin. 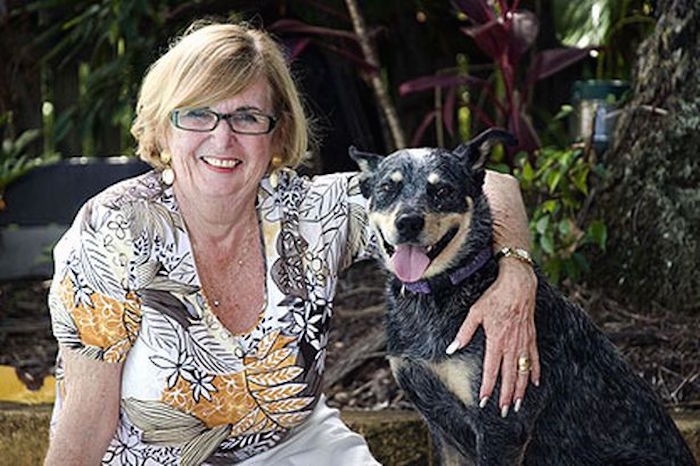 Unbeknown to the Griffiths, Sophie Tucker had not succumbed to the waves at all. In order to stay alive, she had managed swim five nautical miles through the turbulent, shark-infested waters to St Bees Island.

And there she survived alone for 16 weeks. To fend off starvation Sophie hunted wild baby goats and drank rainwater. Finally, after 4 months as a regular Robinson Crusoe, Sophie Tucker was captured after she was spotted by rangers spear fishing off the coast of the island.

At first, they thought they had caught a wild dog until Mrs Griffith, who had heard a cattle dog had been captured in the region, contacted them.

“She was seen on St Bees, and they discovered she was eating baby goats,” Mrs Griffith said.

Canine experts in Australia perceived Sophie Tucker’s story of survival as nothing short of miraculous. 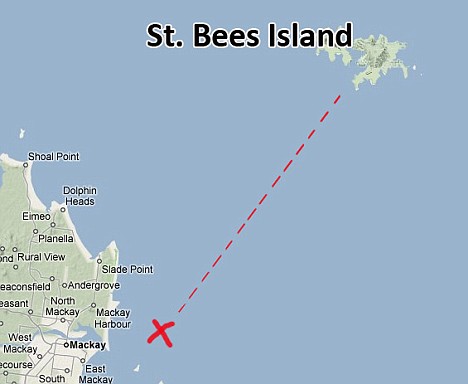 Vicki Lomax, an RSPCA vet, said her breed and her level of fitness had helped.

“Cattle dogs are probably the most suited type of dog to survive something like this, but it would have been a major ordeal for her,” Dr Lomax told brisbanetimes.com.au

“Five nautical miles is an incredibly big distance to swim for any type of dog and I dare say the current would have helped her along a bit, but she is lucky she hasn’t been taken by a shark.” Dr Lomax commented.

“If this had been a Pomeranian, I don’t think it would have been a happy ending – it’s hair would probably have been too heavy.”

Since her rescue, Sophie Tucker was quick to readjust to the more domestic way of life.

“She surprised us all. She was a house dog and look what she’s done, she’s swum over five nautical miles, she’s managed to live off the land all on her own,” Mrs Griffiths said. “We wish she could talk, we truly do.”