Can Dogs Eat This came about because our beloved dog Sally (a 5 year old German Shepherd) ate some acorns while we took her for a walk in the woods last year.

At the time I had no idea that acorns could be dangerous to dogs. I was throwing them for her to catch and didn’t mind when she munched through a few of them. It just never occurred to me, that they might cause her some harm.

However, only a few hours later back home, she started to become sick. She began vomiting and really was in a bad way. When I looked up on the internet to see if acorns were dangerous to dogs I found a few sites that said that they were, (enough for me to call the vet) however the information online was rather scarce.

Thankfully, we did get Sally to the vets in time. With speedy treatment she was only out of sorts for a day or so. 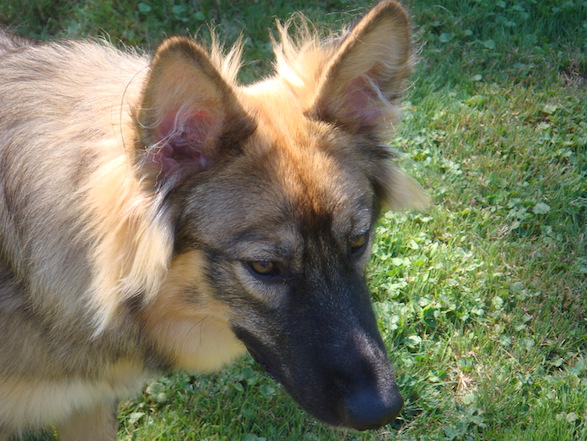 The ordeal got me more interested in just what foods are harmful to our pets. As I explored I realised there is so much more than we can learn when it comes to feeding our dogs. I had build small websites before, and so there was nothing holding me back from starting the little resource that you are reading now.

And almost a year later, the site is still growing. We get over 1000 visits a day, and a few comments here and there which is really satisfying. I have just started a facebook page in the hope of increasing the community a little bit more. I would also like to start a forum so people can discuss their own experiences when it comes to feeding their dogs.

As time has gone on, I have also researched and written some articles on all sorts of dog health and behavior issues. Ultimately it helps me take care of my dogs Sally, and now our puppy Bobby that little bit better – and that’s all we can hope to do at the end of the day.

Thanks for stopping by my site, feel free to leave any comments, I would love to hear from you.