31 Dogs Loving The Wind In Their Hair 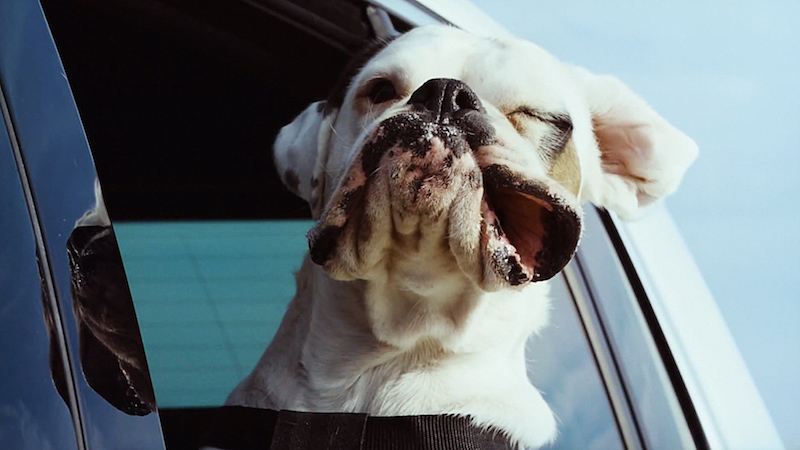 There is something about dogs and an open car window. They just love sticking their heads out, and feeling the rush of wind in their hair. For us humans the experience is a bit intense. The loud cracking of air in our ears, the dust and flies – no, it’s not something we enjoy.

For our dogs on the other hand, well they just lap it up. As these 31 wonderful images demonstrate – dogs love nothing better than having their faces in the wind. 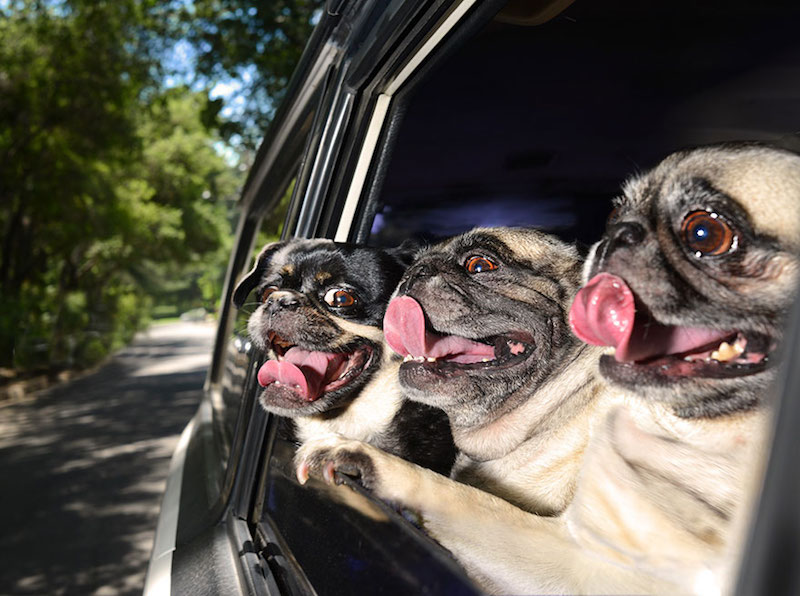 These three doggie dudes are loving the wind against their tongues. Although the first on the left looks as if he isn’t too sure whether he is getting it right or not. That quick glance to his mates says it all.

What else should a sun roof be used for hey. This little pooch has obviously got bored with the traditional head out of the side window shenanigans. It’s all about the sun roof for him. We wonder how excited he would be if he’s owner went out and bought a convertible. 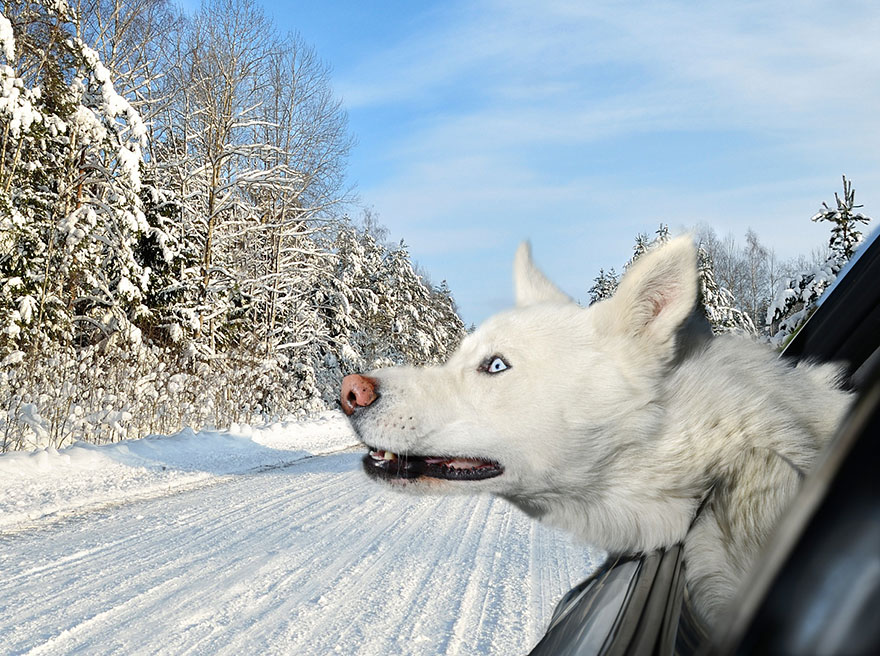 This handsome dog with electric blue eyes looks as if he’s ready to pounce out of the window. The chilly cold air rushing by certainly doesn’t faze him. A dog that is truly in his home environment.

4. Smile for the camera

This dog is in his element and he doesn’t care what he looks like. We can all learn a little something with this kind of attitude. Live life to the full, appearances should never get in the way of fun. 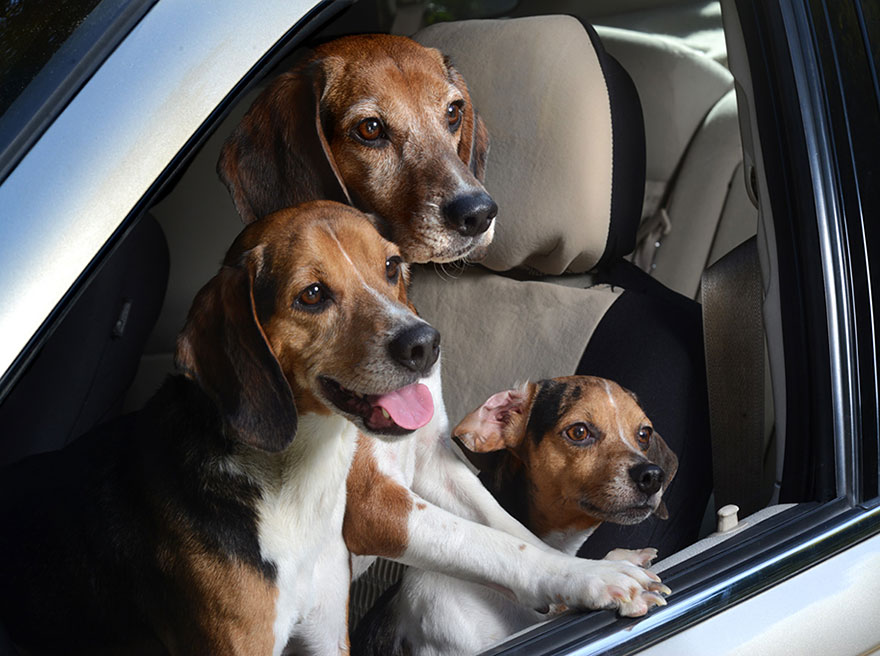 These guys have yet to feel the wind in their hair and they are patiently waiting in the car for it to happen. “What an earth is the hold up?” they are thinking. “It’s time to go already.”

Nothing better than having the saliva whipped out of your mouth.

While having the saliva whipped out of your eyes is fun, this dog is going one better by having the wind fly through his eyes. It doesn’t get much more refreshing than that I am sure. 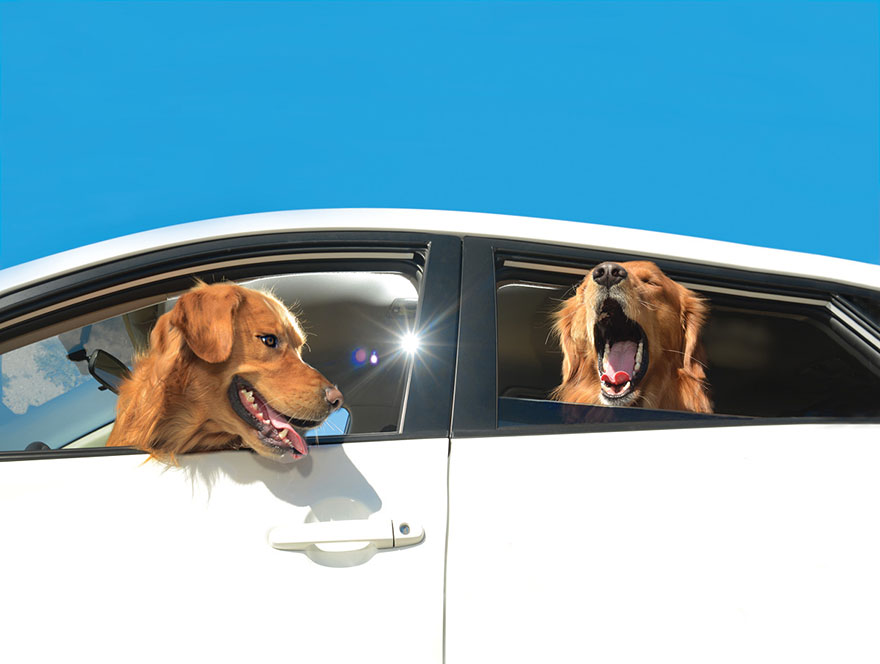 Another couple waiting patiently to hit the road. It seems so unfair that master would decide to take photographs when he knows how keen we are to get that wind in our hair.

9. The ear points the way

Travelling along at speed, the wind in this case flapping through the ears. It makes you wonder exactly what a dog hears at times like these. With all those in ear receptors, it must be quite the racket.

10. The trick is to keep the eyes closed

Enjoying the wind yes. Eyes open to see exactly what is going on? No.

This long haired wonder has some very cool go faster stripes going on. 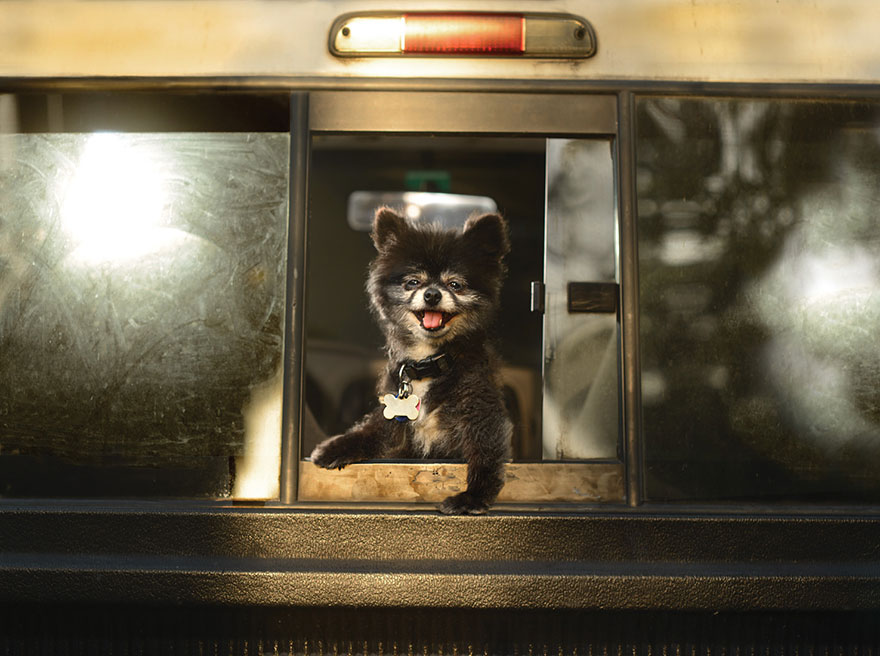 No sign of any wind in the hair. The little dude still looks rather pleased with himself though. I can’t actually make out what an earth he is in however. Answers in the comments please.

13. A good set of choppers on this boy

That’s one elasticated mouth going on. Those gums must be getting a right freshening up. Good doggie.

Those doggies above with their eyes clasped closed need a lesson from this cool looking pooch. Don the goggles and you are in for the ultimate ride. This way you can actually see where you are going for a start.

This doggie dude knows where it’s at. “Just doing a bit of cruising. Where the bitches at?”

We should remember that simple things can bring a lot of happiness.

What beats jumping in the car and hitting the road with your pals. Maybe he’s off to Vegas – who knows? Where ever he is off to, this dog is loving the ride.

Evidently when he’s not zooming about in the Millennium Falcon, ole Chewbacca enjoys a bit of wind in his hair too.

19. Watching the world go by 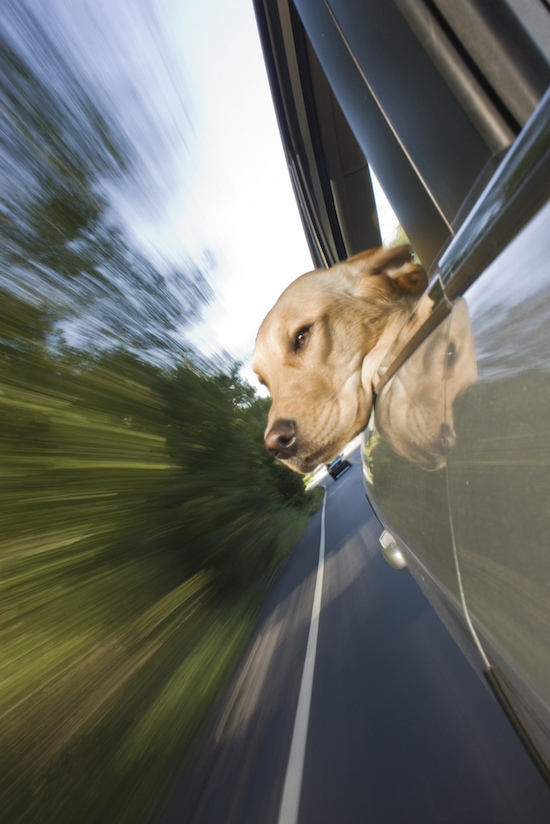 This dog is clearly taking it easy as he watches the world go by. The rush of nature outside the window has that calming zen-like effect. A cathartic pleasure if ever there was one.

20. Squinting into the wind 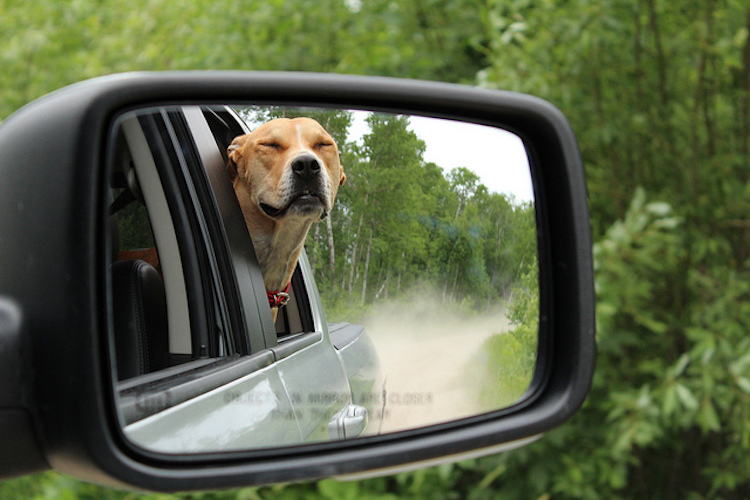 Another handsome pooch with his eyes closed to the wind. You can’t blame them, especially with the amount of dust that is clearly knocking up at the back there. Maybe they’re off to his favourite walking route and he knows they are nearly there. He’s just so content even in the anticipation of it. 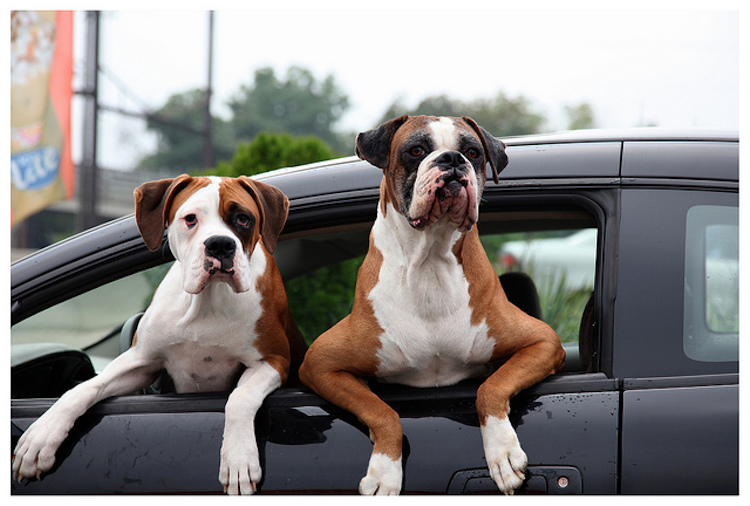 Another couple of dogs that just want to know what the hold up is. There’s places to be, dogs to chase, things to sniff, they haven’t got time to be sitting around waiting for the human to get behind the wheel. 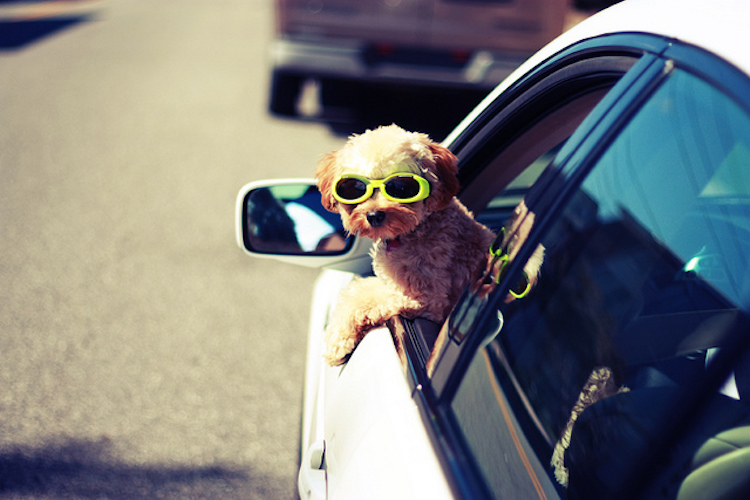 This dog has got the right idea. Not only has he got the protective eyewear to keep out the dust as he enjoys the wind in his face, he also looks pretty darn cool while he is at it. 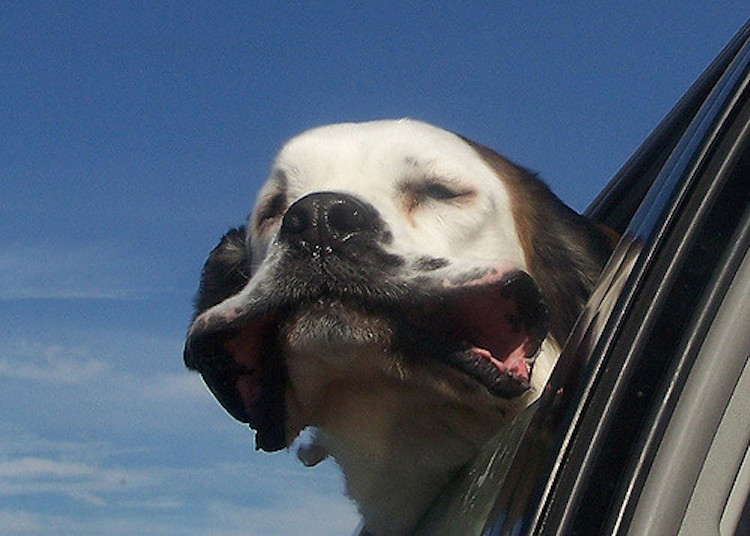 You can almost hear the sound of this dogs gums flapping over the wind. I can only imagine how good that feels for him. 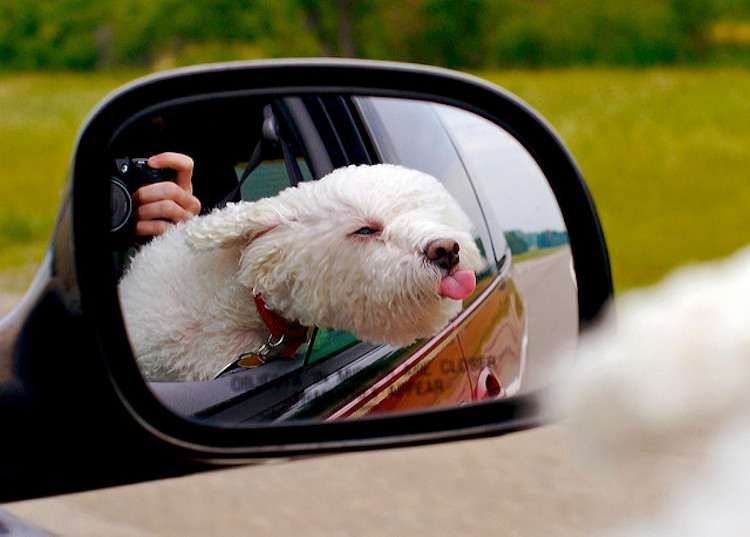 This dog knows that the best time to insult someone, is when you’re rushing by at 50mph and they have no chance of catching up with you. We can only guess how many raspberries he has blown as the zoom by in the car. Although, he is unlikely to insult anyone with that cute little face. 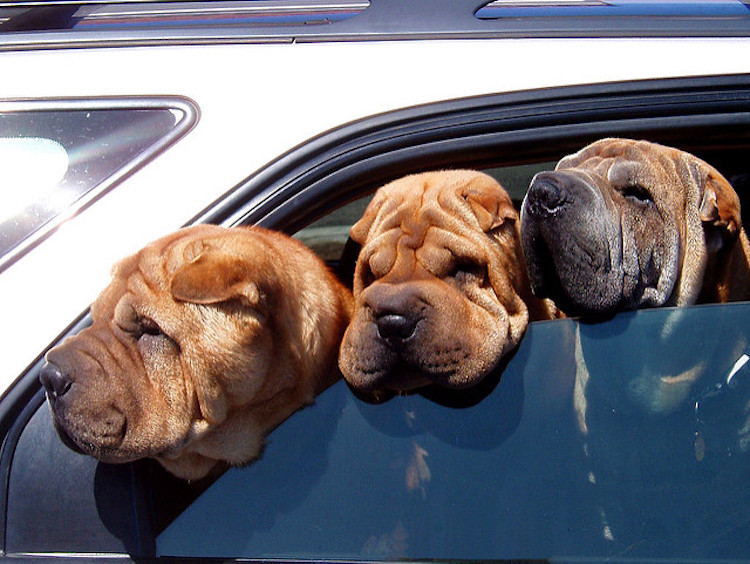 The looks on these dog’s faces say it all. Not enough wind going through their hair. 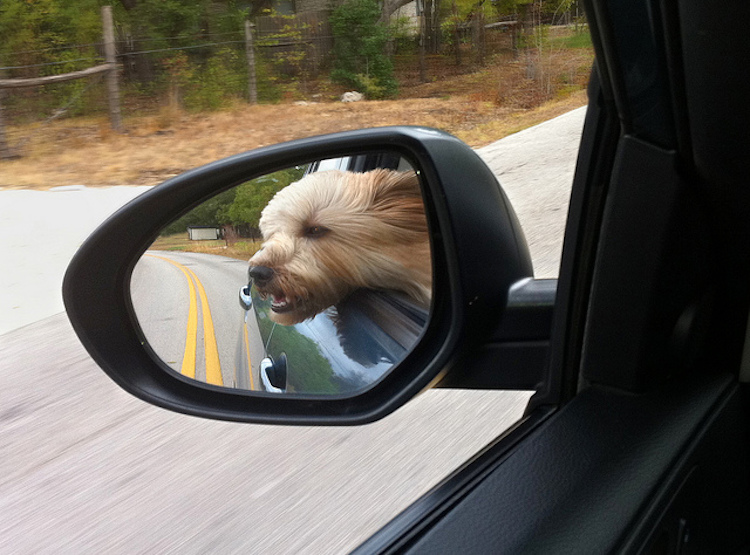 This dog looks like he’s in a trance as they following the yellow lines along the road. 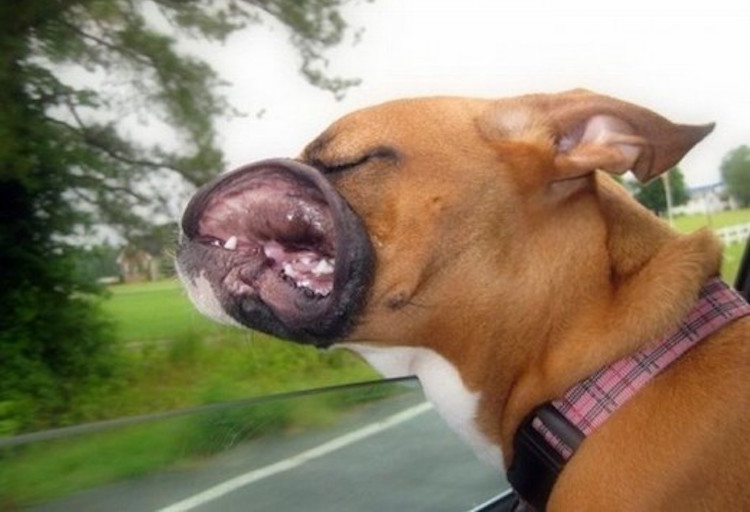 The rush of wind is strong on this pooch. He has stuck his head out of the car window to feel the cool air, and it seems as if his mouth has turned inside out. Is that even healthy? 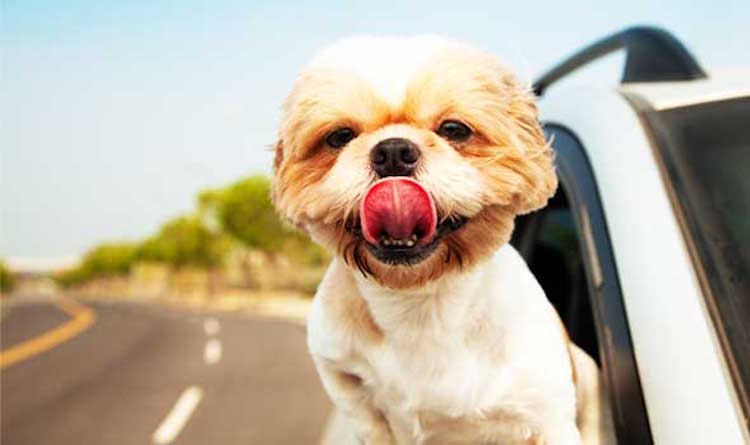 I wonder if the breeze tastes good. This dog obviously thinks so. Not content with having most of his body out of the window, his tongue needs an airing too. 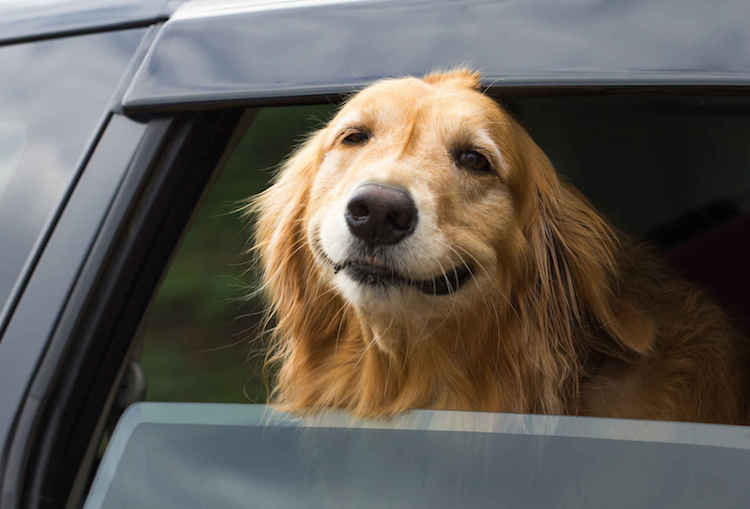 How could anyone ever say no to that sweet face. And what a smile hey. He is certainly happy that they are going for a drive today. 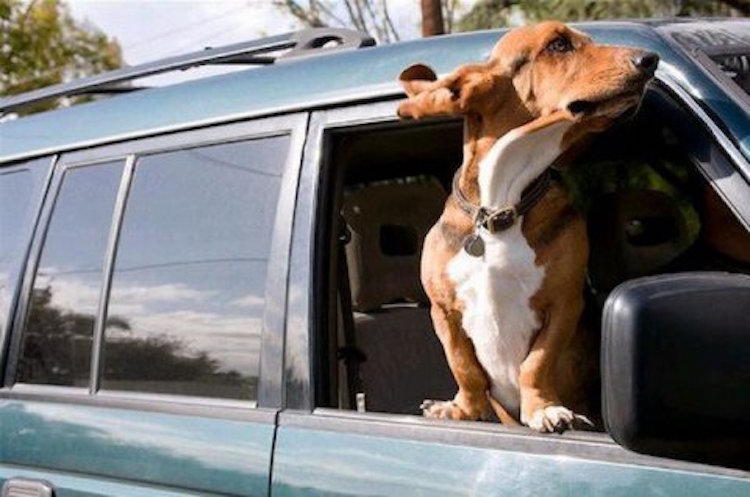 This doggie picture actually makes me a bit nervous. I only hope that the car is stationary and not zooming down the road. The dog has most of his body out of the window. One pot hole in the road and he will be in trouble. 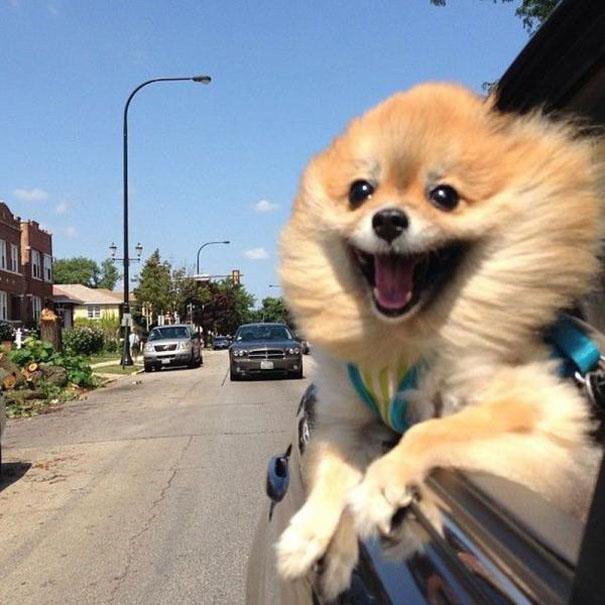 We’ve saved the happiest dog until last. He has his head out of the window, the wind is rushing through his hair and well, have you ever seen a happier dog? It certainly puts a smile on my face.